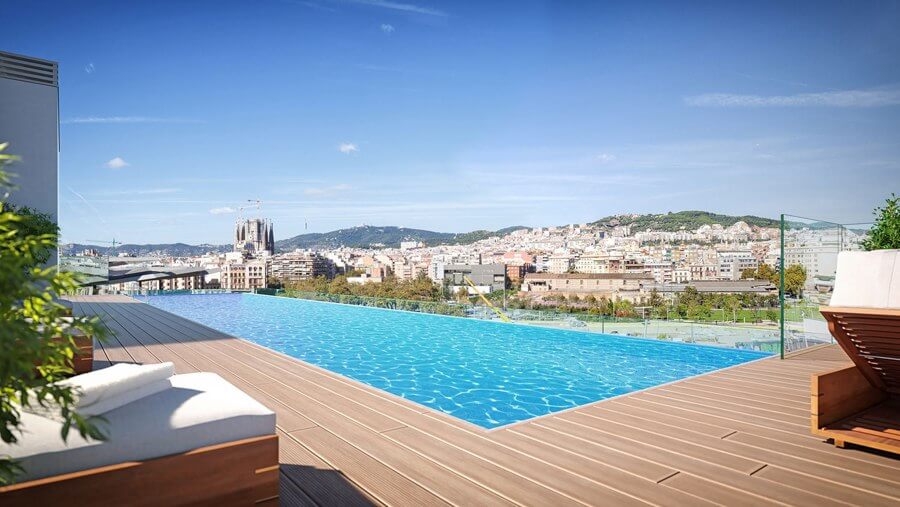 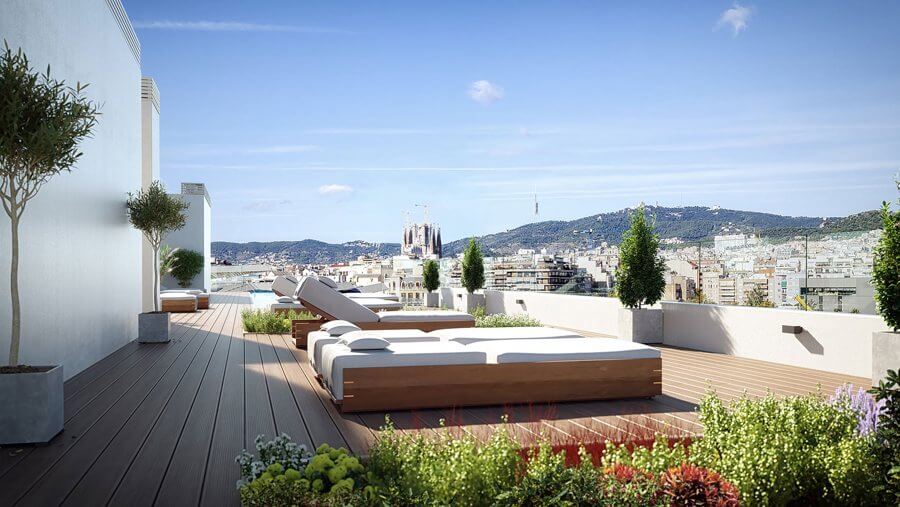 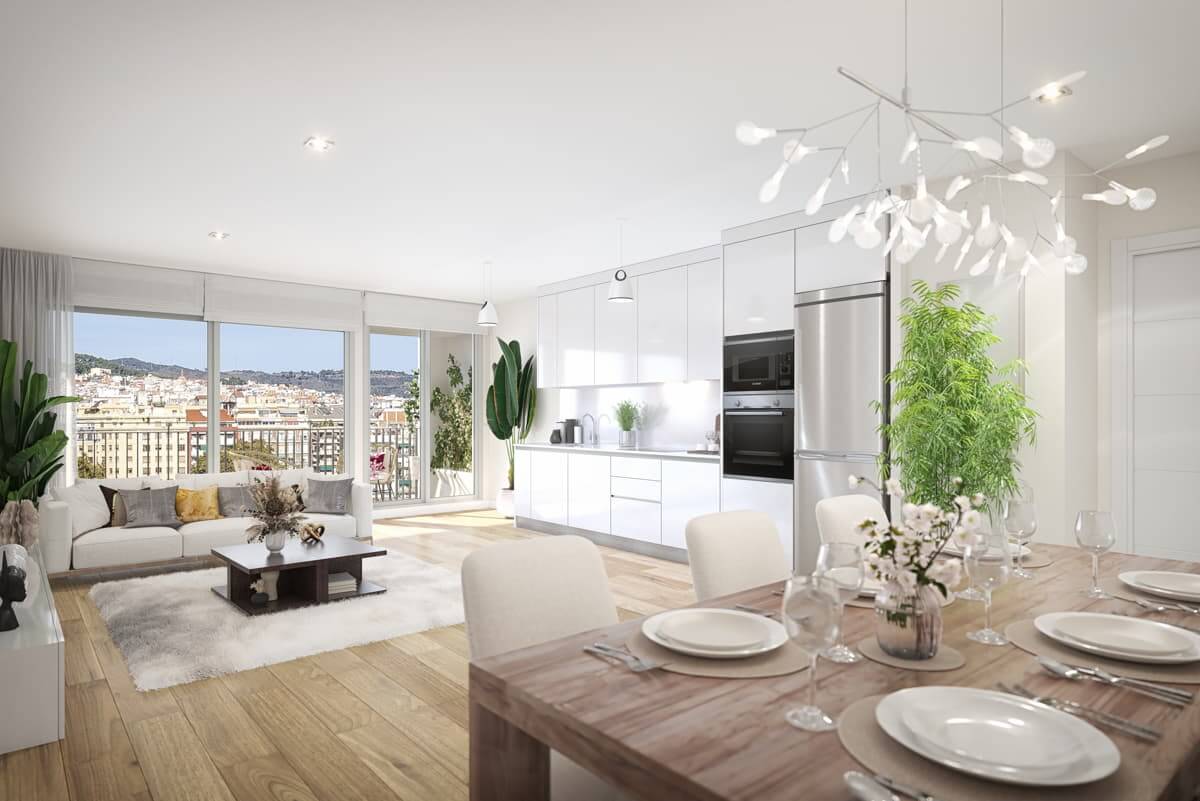 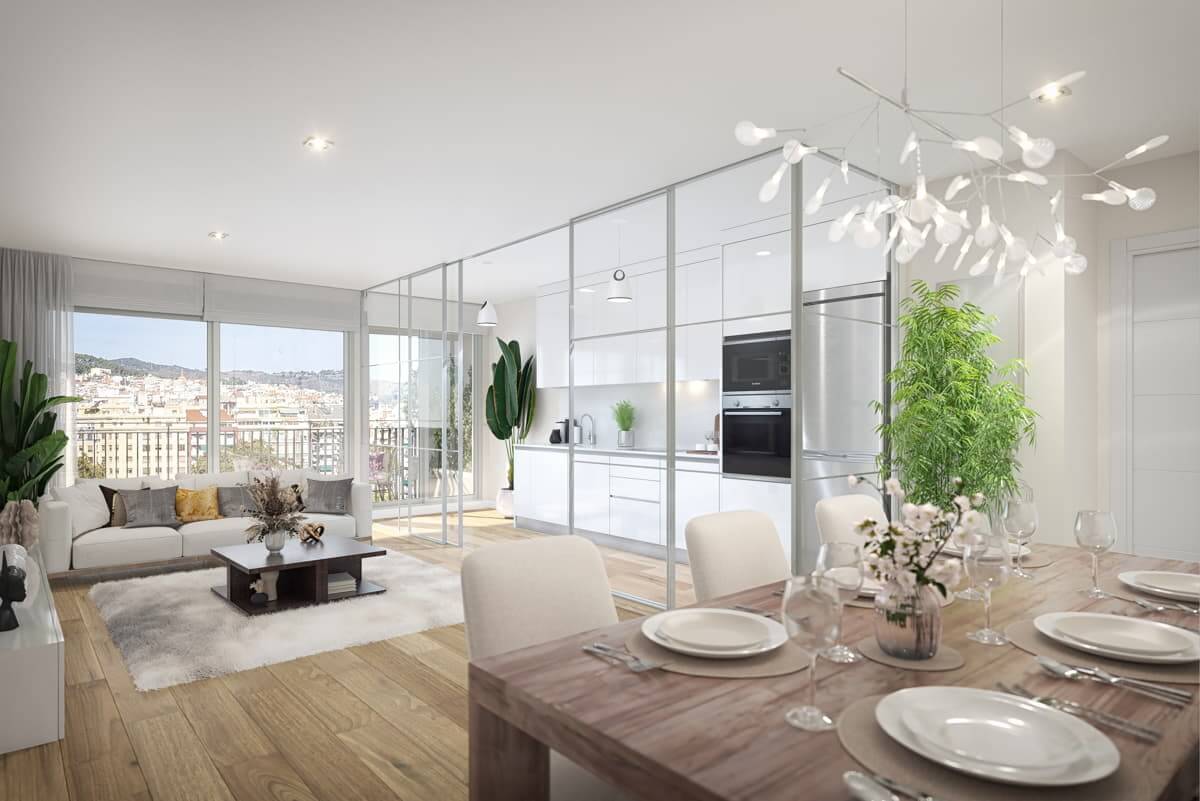 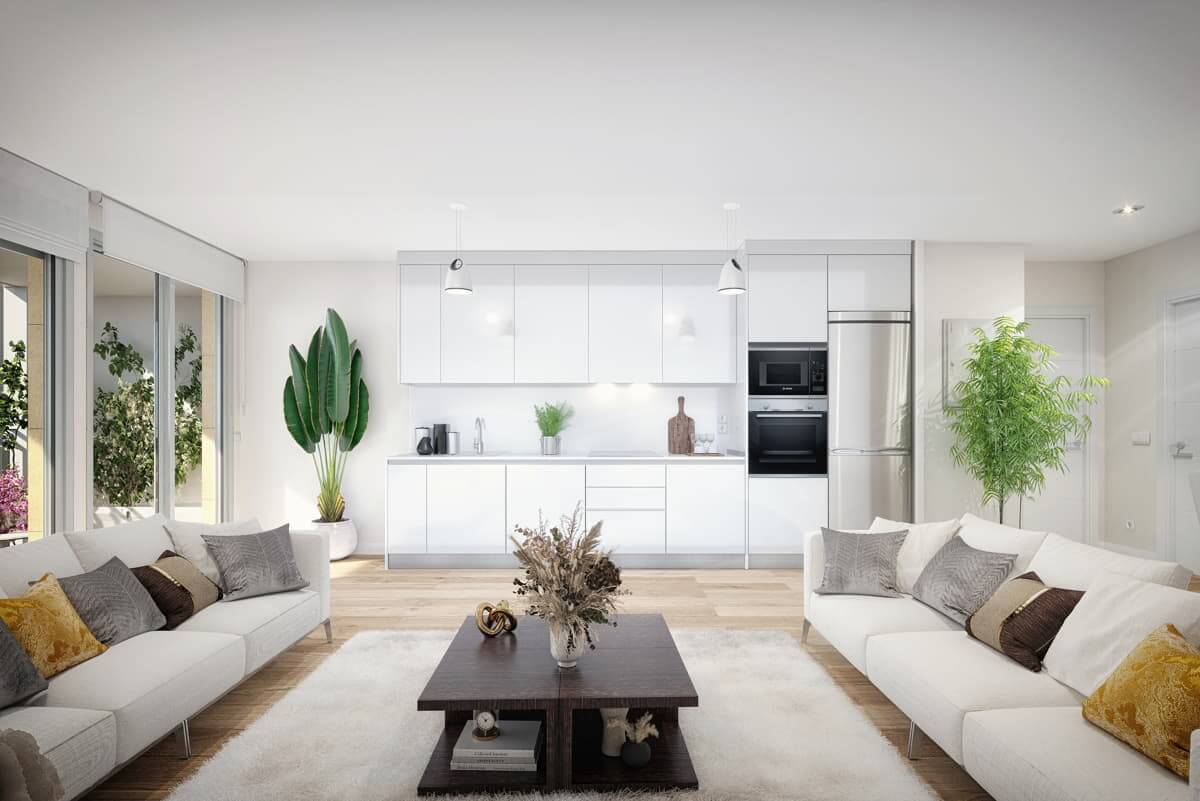 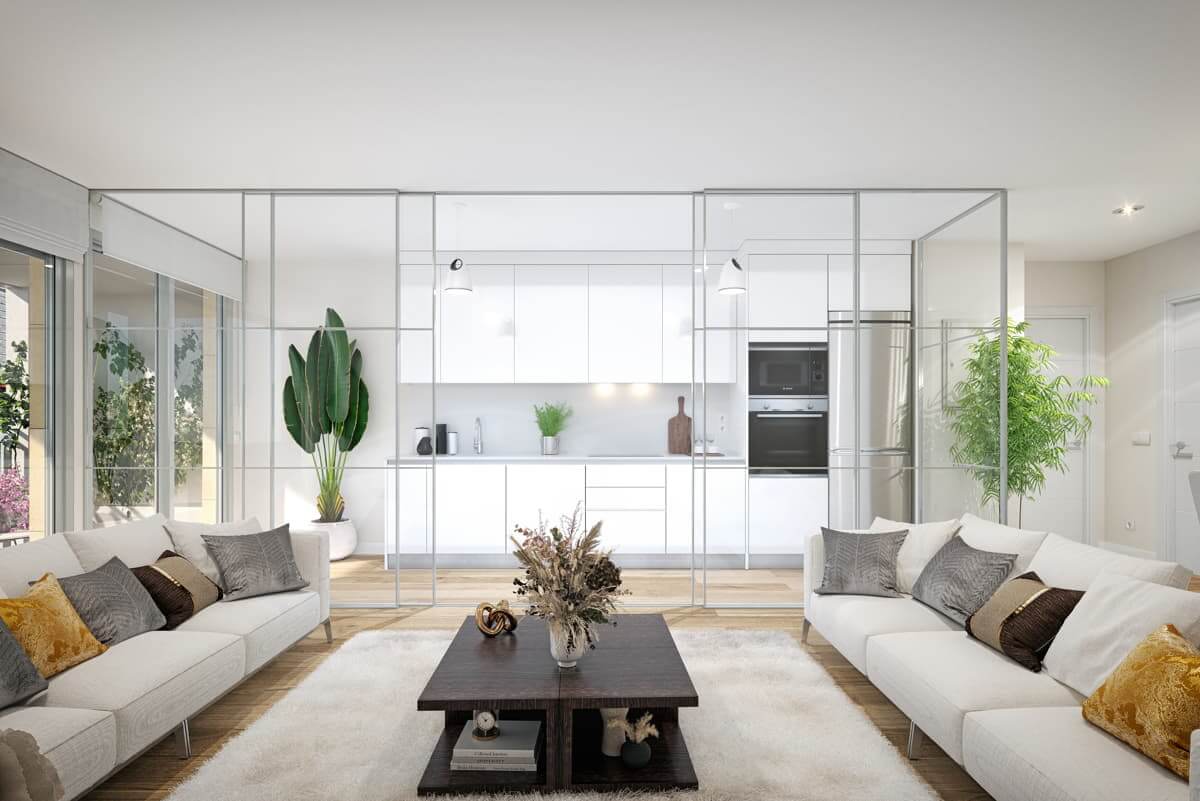 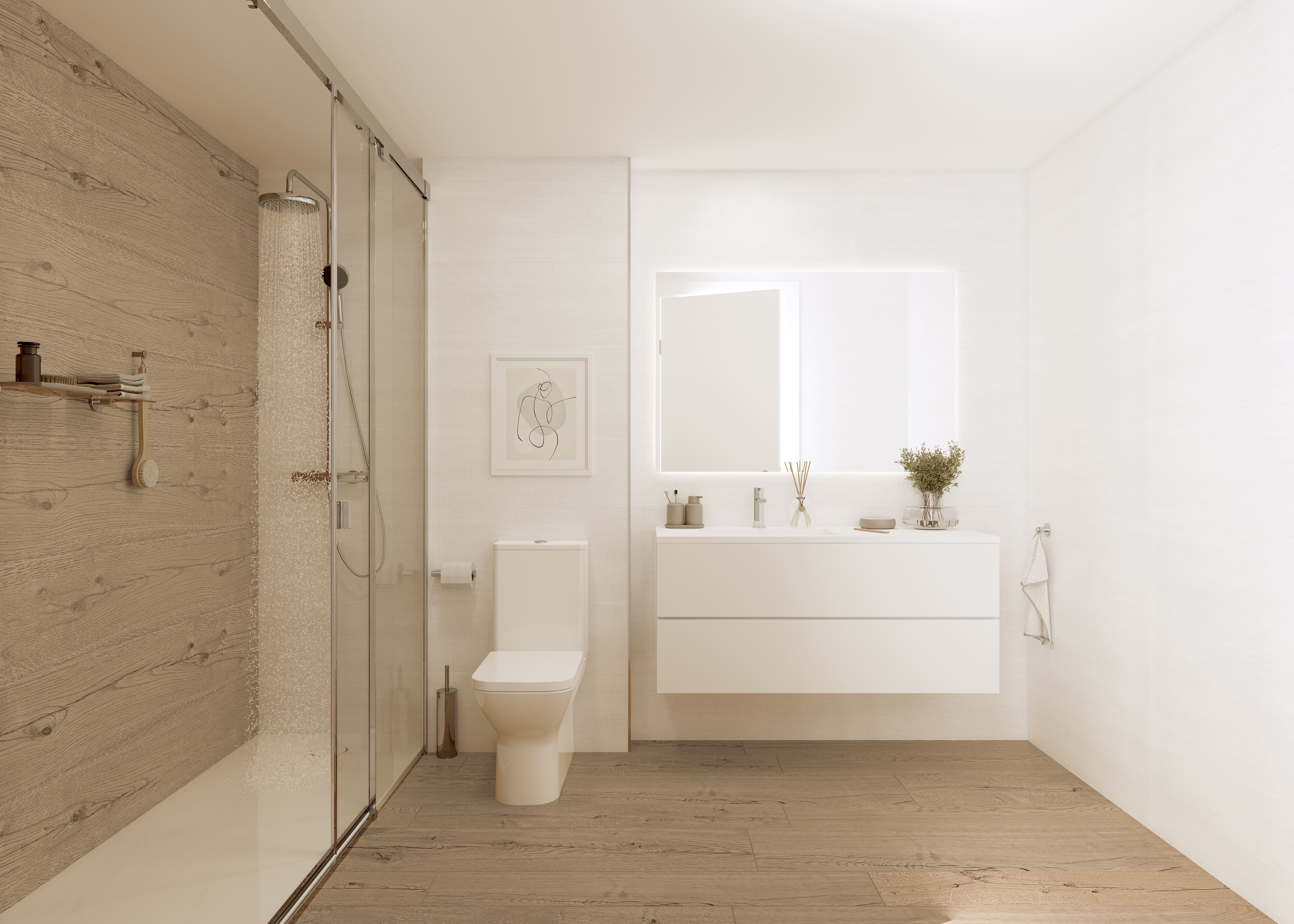 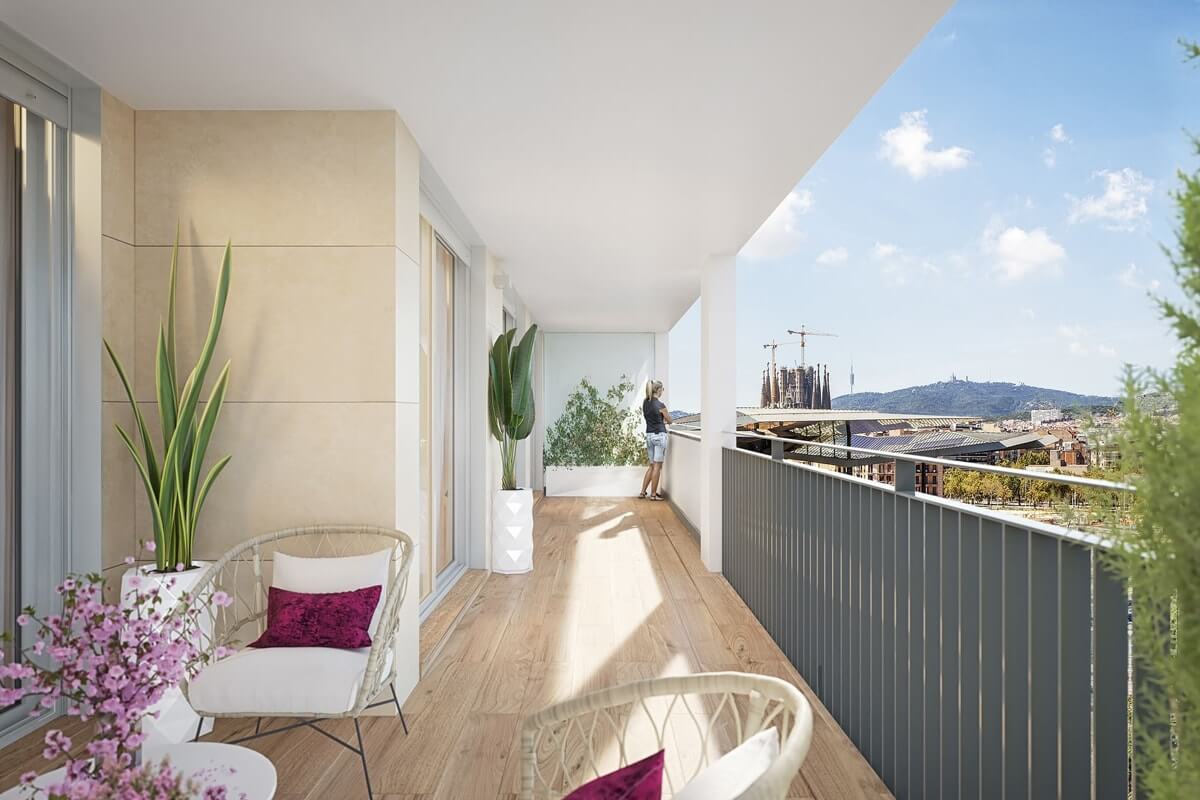 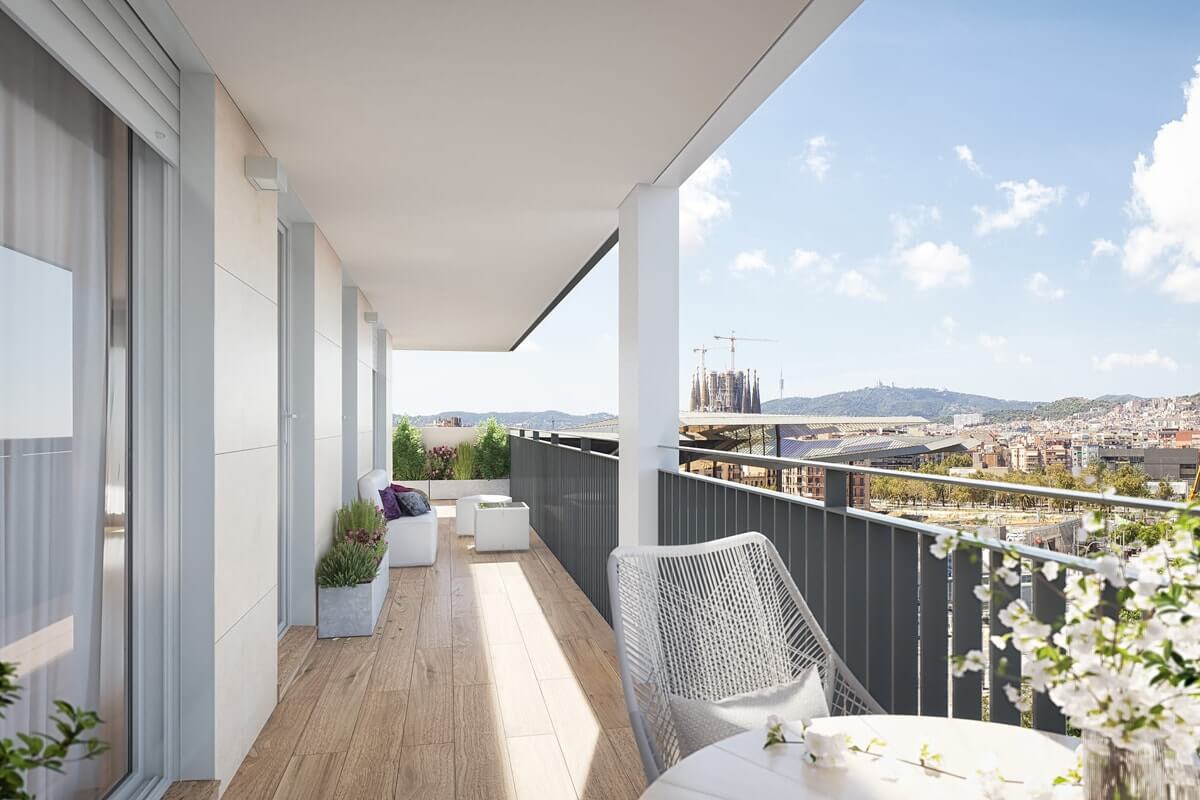 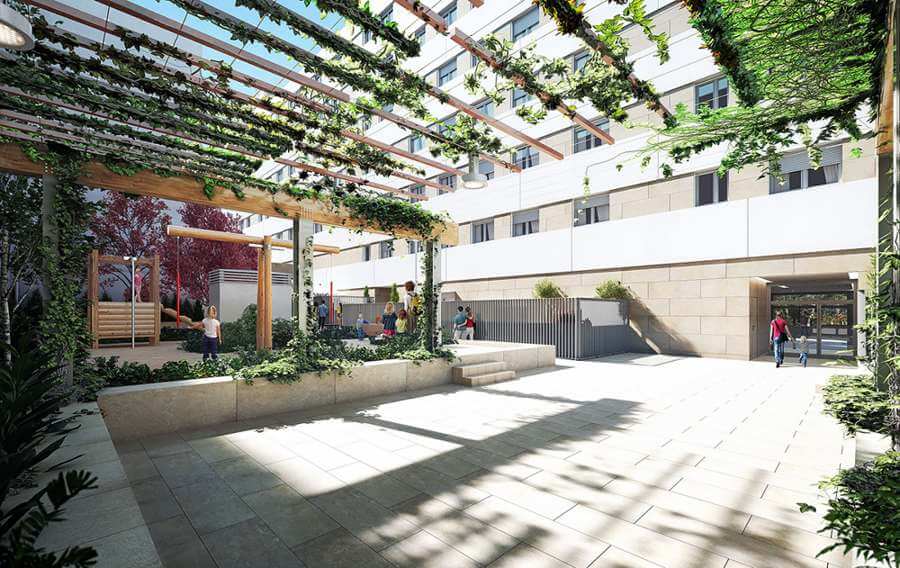 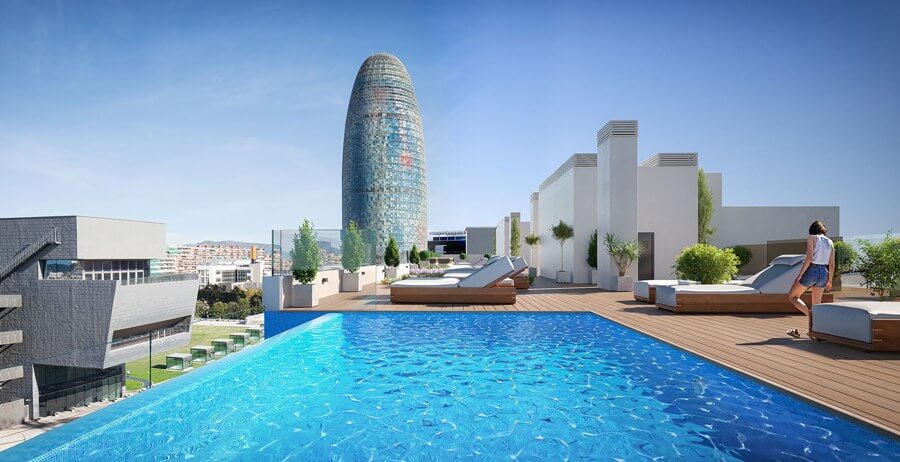 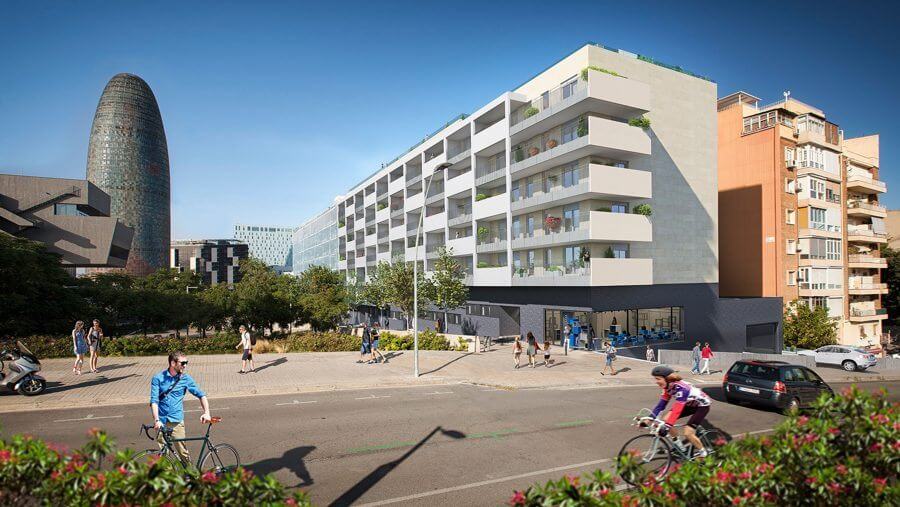 Glòries bcn is a new development at the heart of Barcelona, which will have 47 new build apartments in Poblenou with 2, 3 and 4 bedrooms, including a garage space and storage room. These new build homes are located near Poblenou, next to the Eixample neighbourhood. It is perfectly connected with the area of Glòries, as it is a meeting point for the three main arterial roads, offering great connections with the rest of the city by both private vehicle and bus, metro and tram.

The new build apartments in Poblenou have excellent quality PORCELANOSA Group fittings (kitchen and bathroom units, tiling, etc.), an underfloor heating system and air conditioning system with ducts in the lounge and bedrooms.

In its communal areas, this new build development will also have a communal swimming pool with saline purification on the roof of the building, from which there will be unparalleled views of the city with the peace and intimacy of this high space.

We have already begun commercialisation! Do you want more information on the apartments for sale in Poblenou, Barcelona? Register now with the form and we will contact you!

Apartments in Poblenou (Barcelona) with an excellent location

Buying an apartment in Poblenou, Barcelona, has advantages, as the homes will be surrounded by the main connecting roads, offering perfect transport by different means: by car on Gran Vía (C-31), Diagonal and Meridiana (C-33).

By metro, with the Glòries metro station with line L1 from Bellvitge to Santa Coloma, passing through the centre of the city of Barcelona.

By tram, there are several lines connecting with Santa Adrià de Besós beach, and lines T5 and T6 connecting the centre with Badalona.

Other new build developments near Barcelona

Buying a new build apartment in Barcelona is a tempting idea. At Realia we offer new build homes in the cities nearest Barcelona which fulfil the highest requirements of quality, comfort and design. Take a look at our developments and make your dream of living in Barcelona come true. 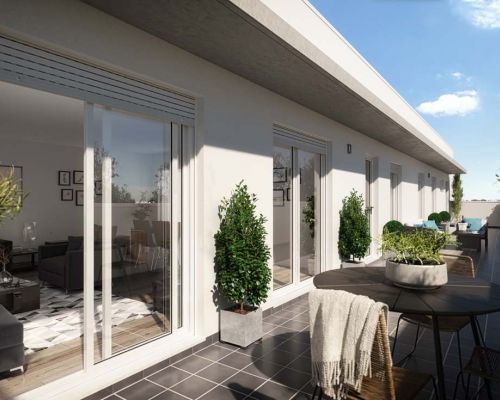 3 and 4 bedroom apartments with swimming pools in Sabadell Centre

All the information referred to in Royal Decree 515/1989 of 21 April 1989, on the protection of consumers with regard to the information to be provided in the sale and rental of housing, is available to the public at the sales office associated with each development and/or at the registered office of the vendor, located at Avenida del Camino de Santiago, 40, 28050 Madrid (hereinafter, the "Headquarters").

In developments under construction, the developer shall comply with the provisions of Act 38/1999, of 5 November 1999, on Building Regulations. In such cases, information on the guarantor entity and on the special account into which the prepaid amounts (if any) are to be paid is also available to the public at the sales office associated with each development and/or at the seller's Headquarters.

In compliance with Act 18/2007, of 28 December, on the right to housing in Catalonia, the interested parties are hereby informed that the information that must be made available to the public, in accordance with articles 59 and 60 of the Act, is available at the sales office associated with each development and/or at the seller's Headquarters.

We will tell you every detail.

REALIA uses third party cookies for analytical purposes and to show you personalised advertising based on the information gathered on your browsing habits (for example, pages visited). The use of these cookies may involve an international transfer of data. Click HERE for more nformation. You can accept all cookies by clicking "Accept" or configure or reject their use by clicking HERE.
Cookies policy

Example:
They allow you to apply for registration or participation in an event
Use security elements while browsing

Preference cookies allow the website to remember information that changes the way the page behaves or the way it looks.

Example:
Your preferred language or the region in which you are located.

Statistical cookies help web page owners understand how visitors interact with web pages by collecting and providing information anonymously. All this in order to improve the browsing experience. This information may be transmitted to third party technology providers and stored on their servers that may be located outside the European Union, which may involve an International Transfer of Personal Data (ITD) to countries that do not have an adequate level of protection. Our website will only carry out the ITD for the use of this type of cookies if it has the user's consent.

Example:
They allow to measure, anonymously, the number of visits or activity.

They allow the advertising we show you to be personalized and relevant to you. Thanks to these cookies you will not see ads that do not interest you.

Example:
They allow you to offer advertising according to your interests.